I have not been a big fan of parsnips, I must confess. It is bland and dry when eaten raw and bland and spongy when cooked. A poor cousin of the parsley root, I thought. 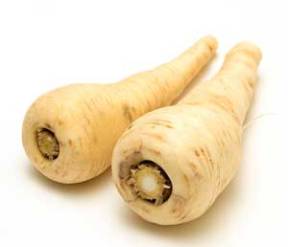 However, I completely changed my opinion when received a bunch of parsnips from my friend’s garden recently.  I didn’t know it could be so succulent and aromatic!

So, I decided it is a good moment to start moving out of my Eastern European comfort zone and ferment something completely new.

I shredded two parsnips into long ribbons using a vegetable peeler and did the same with a large carrot. I placed grated ginger and hot chilli flakes to the bottom of four 250 ml jars.

Don’t ask me how much ginger and how much chilli I used exactly because this makes me sweat with anxiety. But ok, if you really need to know: 0.5-1 teaspoon of each for a jar. But can be any other quantity, really.

Then I put parsnip and carrot ribbons to the jars and filled them up with brine. A half tablespoon of salt per pint of water, more or less (better less than more, though). The brine should be very warm, almost hot because the high temperature accelerates the fermentation.

I put the lids on and kept them closed for two weeks. I don’t release gases during the fermentation; I don’t think it is necessary. 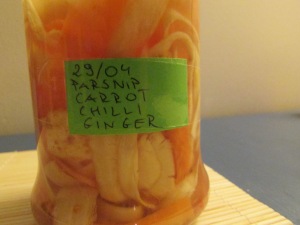 After that time, I opened one of the jars and to my surprise there was no strong smell, which normally is released at such an occasion. This is why I think it is a good idea to start fermentation adventure with parsnips…

The taste of both parsnips and carrot was sweet and delicate, but not bland at all. I added it to a salad 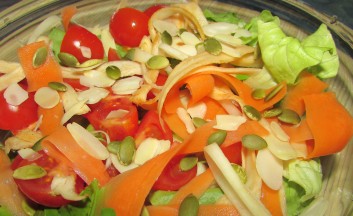 4 thoughts on “Parsnip – a perfect veg for the first time fermenters.”

This site uses Akismet to reduce spam. Learn how your comment data is processed.